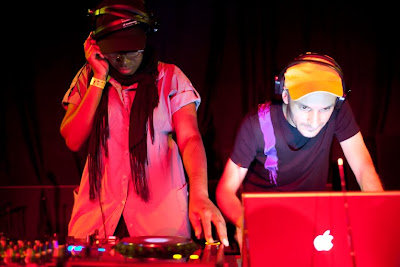 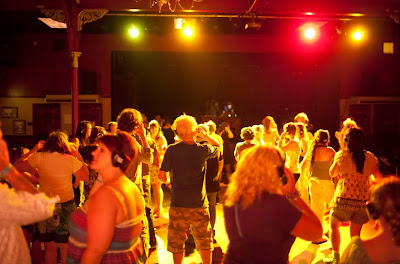 Here are a couple of images from the silent disco created as part of XENON with Dj Miss Bailey and Mikhail Karikis hosted at Broadstairs Folk Week on 9th August 2010. After an introductory uumber by Mikhail, a set by folk musician Olivia Chaney and violinist Jordan Hunt (from the Irrepressibles) , Dj Miss Bailey electronica live on her decks, and Mikhail Karikis played a selection of world folk, varying from contemirary Swiss yodlers Stimmhorn to traditional music from Thrace.

photos by Benedict Johnson
Posted by Mikhail at 08:23 No comments: