Singing sounds from beneath 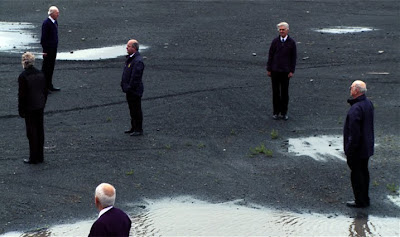 Upon visiting Deal and Dover, and researching the history of East Kent, I became fascinated with the mining past of the area and its relationship to the rest of the UK. In the context of the project Xenon, which explores notions of the ‘stranger’, I became interested in the different ethnic and cultural minorities in the area. Dover being so near France, is often the first point of arrival for many refugees. However, except for the ‘obvious’ strangers to this place who come from abroad, the area is marked by centuries of influx of ‘strangers’ from within the British Isles. Last century miners emigrated from different parts of the UK to the South East seeking employment; as they traveled, they brought with them their traditions, songs and culture. My understanding of many of the mining communities is that of strangers and locals working together. In addition, there is something about the hardships and subterranean work of miners that resonates almost in a mythical way in our imagination. In myth, heroes such as Orpheus for example, travel to the depths of the earth, surpassing dangers and their physical limits, in order to learn the forbidden secrets of the dark realm before returning to sing of them.

These two aspects: the gathering of strangers, and the act of descending into the dark and returning to sing, are what has inspired me to approach a miners’ choir, Snowdown Colliery Choir for a collaboration. After I attended their concert at St George’s Church in Deal Festival 2009, and more recently, attending one of their rehearsals, my ideas have developed. 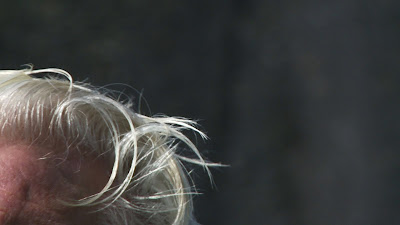 Working with this choir has enabled me to explore the theme of the stranger in a multifaceted way. And several other themes have emerged and have become part of the work. The ‘strangeness’ of old age is one of them. Looking at mainstream media, it is striking to see the underrepresentation and marginalisation of old age and the frail body; old age and illness can be thought of as ‘strangers’ in a culture obsessed with health, corrective plastic surgery and youth. We tend to think of both illness and old age as something 'other' that arrives, that comes to us. Equally, in main stream music, there are very few examples of recorded older voices which display signs of age, frailty and maturity. When I visited Snowdown Colliery Choir, I met a majority of older members (some with critical health conditions) who travelled from different locations to attend the rehearsal and partake in communal music-making. The make up and dedication of the choir are a celebration of old age, community, and music-making, which are moving and inspirational.

Singing sounds from beneath 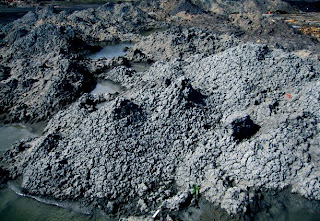 Part of my research has been a tour of Kent’s closed coal-mines. There are several, some of which are accessible, with very few original buildings standing. Some of the sites are dangerous, whereas others are relatively hazard-free. Their histories, entangled with dangerous working conditions and violence following the conservative government’s decision to close them, have left deep marks in British culture, but also, these closed mines are scars in the landscape. Unable to locate them on regular maps, I researched satellite images of East Kent, which show up barren pockets surrounded by lush vegetation. These ‘blank areas’ are the mines. Desolate and barren, they resemble lunar landscapes. Upon visiting them, signs of nature’s reclaim were visible with new vegetation. Deprived of big trees to absorb rainwater and break the wind however, these sunken sites quickly transform into hostile wind-swept flooded basins. 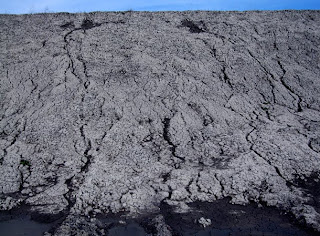 My fascination with these other-worldly sites goes beyond their surface however. I walked around the enormous Tilmanstone colliery. Its muteness and sterility lead me to think about what lies underground. Once operational, this mine was populated with machines, workers and the sounds of their activities – it had rich soundscapes associated with industrialisation and labour. What happened to the sounds of all that subterranean activity? How do they exist in the memories of miners? What if the mine were to operate once more just for a few minutes, as a resistance to the logic of capitalist profit and production, against the law, disregarding the need for safety, giving up everything else? 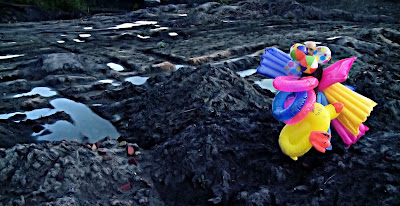 Looking above, hearing the invisible

This work is also a collaboration with visual artist Uriel Orlow. I have created sound works for numerous video works by Uriel, and decided to invite him to work with me. We have collaborated to create a video piece which grows out of sound. We videoed last week and are currently editing a work which includes Snowdown Colliery Choir singing sounds from underground standing on top of the closed mine of Tilmanstone. 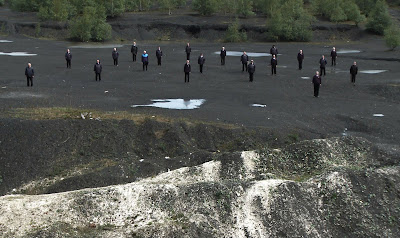