XENON on stage and beyond 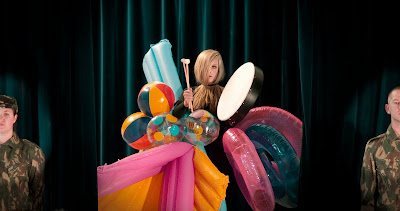 XENON: an exploded opera by Mikhail Karikis is to appear on stage on two more dates before going on film. On the 23rd October Xenon is performed on the main stage at Kings Place concert hall in London, and on the 26th at St Peter's Methodist church in Canterbury, part of Canterbury Festival.

Beyond the stage however, Xenon is finding its way onto the big screen. Sounds from Beneath which is a video work generated as part of the Xenon opera, in collaboration with visual artist Uriel Orlow and Snowdown Colliery Welfare Male Voice Choir, is being screened by the BBC in 22 cities across Britain in Autumn 2010, as part of opera season.

Arts Council England are funding the creation of a XENON film, which will transform the project into a cinematic experience. The XENON film will be released on the Sub Rosa music label. A separate publication of the video with the miners' choir will also be published in Spring 2011 with texts by curator of Whitstable Biennale Sue Jones, curator Katerina Gregos, cultural theorist Steven Connor and film theorist Lucy Reynolds.
Posted by Mikhail at 03:35