The stranger in XENON 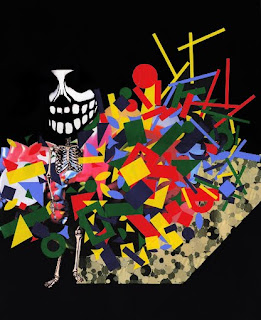 XENON the project draws inspiration from the baroque excesses of traditional opera which often feature life-changing experiences and encounters with gods, devils, unborn children, the dead and other strange beings and manifestations. In my investigations of the theme of ‘the stranger’, XENON identifies three key manifestations of ‘the stranger’ in:
1. death (one’s ultimate stranger of the existential beyond),
2. foreigners and aliens (strangers from different geographic or cosmographic locations), and
3. the unconscious (stranger within us that hides the complex unknowns of our psyche and reveals itself in dreams).

The literature on these themes is enormous, but amongst other sources, specific reference points for this project are Ingmar Bergman's film 'Persona', Julia Kristeva's book 'Strangers to Ourselves', Jean-Luc Nancy's philosophical autobiography 'L'Intrus' (The Intruder), Carl Sagan’s science fiction novel 'Contact' and French philosopher's Michel Serres's book 'The Parasite'.
Posted by Mikhail at 11:54